How I Dealt with Cushing’s Disease Before, During, and After Diagnosis 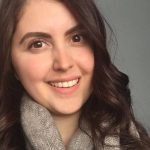 This week, I want to get a little more personal. Many readers have asked how I dealt with Cushing’s disease. So, I want to share that part of my story with you.

In some ways, dealing with Cushing’s was easier once I received a diagnosis. Before I knew what Cushing’s was, I thought I was going crazy. For nearly two years, I continued gaining weight while regularly going to the gym and eating well. There was no explanation or sound reason why it was happening. Once I met my endocrinologist, however, it all made sense.

In October 2014, I started becoming incredibly tired all the time. In January 2015, I noticed I had a little bulge growing on my lower abdomen. I didn’t think much of it at the time, but after my diagnosis in August 2016, these occurrences in my life started to make sense. That tiny bulge kept growing and growing, and my exhaustion went to an entirely new level. I couldn’t sleep at night, and I was always hot and sweaty. January 2015 when I noticed the bulge starting. Super small but still a difference I noticed

Fast-forward from January 2015 to October 2015. My gut was getting larger and I had acne all over my chest, back, and face. I never had an issue with acne, so I thought it was strange. I also started growing a lot of hair on the sides of my face, belly, and lower back. People started suggesting I wax my face without me soliciting their opinion — as if my facial hair personally bothered them. Of course, this made me feel bad. A manager at a former job even told me to get the medication Accutane (isotretinoin) for the acne on my chest. That comment continued to bother me until I received my diagnosis.

By June 2016, I had full-blown moon-face, and my gut was somehow still growing. I didn’t fit into any of my clothes. My memory was shot. I was aching all over. And I was lucky to get three hours of sleep each night. At this point, I was feeling lost, hopeless, and scared. Everything that was happening to me didn’t stop, no matter how many food-sensitivity diets I followed, how much exercise I got, or how much I wished for it all to go away. I felt as if I was losing my mind. People around me couldn’t believe it. Some doubted I was following my diet or exercising. This made me feel ashamed and I hated showing my face and body in public. I would go to work and then go home. I never went anywhere else.

All this changed when I met my endocrinologist, who mentioned Cushing’s disease. I promptly searched the term immediately after leaving his office. I knew that’s what I had. Before he explained it, and before he discussed the difference between polycystic ovary syndrome (PCOS) and Cushing’s disease (PCOS is what my naturopath thought I had), every fiber of my being told me that I had Cushing’s.

Of course, I was scared. But receiving an official diagnosis on Aug. 15, 2016 provided me relief. A huge weight was lifted off my shoulders. I knew that I had Cushing’s, and I knew it was a pituitary tumor that had caused it. My attitude completely changed, and I became a more positive person after diagnosis. December 2015 to December 2016, a month before surgery. (Photos by Catarina Louro-Matos)

Positivity and being honest with those around me about my situation is how I handled Cushing’s. Before diagnosis, I was ashamed of myself, so I was negative and constantly down. Most people are surprised that I didn’t continue to be negative, because when they hear my story, they assume they would’ve been negative in that situation.

Positivity with myself was so incredibly important and a huge reason I think I’ve been doing well, according to my doctors. I was glad to have a diagnosis, amazing doctors, and a chance to live life again after surgery and a lengthy recovery. The road to surgery and recovery was a long one, and it wasn’t easy. But I still kept my spirits up.

And that, my friends, is how I dealt with it. It wasn’t easy. I wasn’t always positive. But you’ll eventually find your way if you haven’t yet. It’s OK to not be OK.

Note: Cushing’s Disease News is strictly a news and information website about the disease. It does not provide medical advice, diagnosis, or treatment. This content is not intended to be a substitute for professional medical advice, diagnosis, or treatment. Always seek the advice of your physician or other qualified health provider with any questions you may have regarding a medical condition. Never disregard professional medical advice or delay in seeking it because of something you have read on this website. The opinions expressed in this column are not those of Cushing’s Disease News or its parent company, BioNews Services, and are intended to spark discussion about issues pertaining to Cushing’s disease.

Catarina Louro-Matos Catarina is a 24-year-old post-surgery Cushing's disease survivor. She writes to support Cushing's sufferers and raise awareness of the mental health fights involved in both pre- and post-surgery life. Find her on social media: @CrushCushings.

Wow Caterina,
Your story is my story. This is so good to read. I am just about to head into Pit surgery and I am so looking forward to getting my body and brain back. A lot of what I read on the internet is full of negative stories, so good to read a positive one. I can't wait for 2019.

Hi Mary-Ann,
Thank you so much for reading!
It'll take time, so be patient with yourself! I'm still struggling and each day I learn something new about myself but it definitely gets better. No one has the same timeline so don't get discouraged! I wish you the best!

hi bob
good questions...i just had my pituitary tumor removed 3 weeks ago and was wondering about what pain meds people are on, what they're eating to lose the weight and help repair all the damage the cortisol has done to our muscles etc...
any answers or suggestions?
lili

I went to the endocrinologist after blood work from my dr showed tsh and t4 low and glucose high..he ran so many test and called back saying my blood work was within normal range..but my vitamin D was low (even though I have been on 50000iu once a week for last 6 months) so now adding a 2000iu daily..so think the endocrinologist tested for Cushing's or should I ask ..is is possible to still have it.. my body hates me..thanks for reading I dont know what is causing the rapid weight gain and other symptoms. I was the same weight for like 5 years and now boom..my boss said I should get tested for crushing if I havent already so who knows

Thanks for sharing your story! I'm a 25 year old female who just moved to Colorado from Wisconsin. After about 2 years of trying to tell people there was something wrong with me, I was diagnosed with Cushing's in July of 2019 (thank you to my amazing endocrinologist who finally decided to believe me and do something about my complaints!). My story is almost exactly like yours, which of course I'm not happy that you had to go through something like that, but it definitely makes me feel less isolated. It was super frustrating that no one believed me and everyone just kept giving me diet and exercise advice, even though I eat pretty healthy and get plenty of activity and exercise. I've gained nearly 50 lbs in the past 2 years and it's so embarrassing to see people I haven't seen for a long time because I've gained so much weight. I also have acne all over my back, I sweat all of the time, and I'm exhausted every single day. I'm in the middle of an internship at a children's hospital so I have to wait to get surgery until December. It's frustrating that I have to live with these symptoms for a few more months, but I'm just glad we're finally taking some action. How long did it take your symptoms to start going away after surgery? I know it will take a long time to recover and I'm just afraid I'm going to get frustrated if the weight doesn't come off as quickly as I expect it to.

I’m in the same boat as you. I found out in May that I have a tumor on my left adrenal gland. The past year has been the worst of my life not knowing why I was gaining weight, depressed, mentally/emotionally erratic and overall feeling like I was going crazy. I’m now 20 lbs up, and can’t stand looking in the mirror, which has led to a life of total seclusion outside of work. None of my clothes fit but I refuse to buy bigger clothes since I see that as giving up. After months of testing and waiting for appointments (had to wait two months just to get in with an endocrinologist who was covered by my insurance), I was finally diagnosed with Cushings, and got the green light for adrenal removal surgery. September 23rd is the day, but I’m like “wow another week and a half of my brain taking a cortisol beating”... I’m figuring out taking it one day at a time and remaining as positive as possible, preparing myself for what seems like it will be a long recovery period is all that can be done.

Before finding out the diagnosis, I noticed that my short term memory and ability to retain information are nearly non-existent now. I used to be sharper than an arrow. Hoping the cognitive effects will regenerate over time.

My main struggle is dealing with my thoughts on body-image. I’ve always been overly self-conscious, but now it’s another level. The thought of running into someone I know at the store makes me want to hurl. I don’t even want my family to see me, and I know that is ridiculous. No amount of working out, and eating just chicken breast and broccoli every day makes a difference in the fact that I could pass for being 6 months pregnant.

On that note, I’m going to go for a long walk and get some fresh air. September in Chicago is our one month of perfect weather. I’m not going to let hormones dictate and control my life! Thanks for listening to me vent :)

I can relate to All of this!

I'm so glad I read this.