Blood immune cells may contribute to metabolic and cardiovascular disease in patients with Cushing’s syndrome, suggest researchers at IDIBAPS in Barcelona, Spain.

The research team showed that Cushing’s syndrome patients have increased numbers of certain immune cells in their blood, even though their increased cortisol levels are considered immunosuppressive. Moreover, the increase in immune cells was linked to disease parameters, the study showed.

This suggests that increased levels of cortisol may cause metabolic and cardiovascular disease by influencing the behavior of these cells, the research team argued in a study, published in the International Journal of Endocrinology.

The findings indicate the need for more research exploring how immune cells contribute to metabolic and cardiovascular disease in Cushing’s — research that eventually may lead to better treatments.

Patients with Cushing’s syndrome are at high risk of developing metabolic and cardiovascular disease — caused by the increased levels of cortisol. Researchers know that abnormally high cortisol levels have direct effects on metabolic processes.

While cortisol is immunosuppressive, the research team figured that high levels may impact immune cell behavior in the long term.

For their study, “Circulatory Immune Cells in Cushing Syndrome: Bystanders or Active Contributors to Atherometabolic Injury? A Study of Adhesion and Activation of Cell Surface Markers,” they recruited 26 patients with Cushing’s syndrome and 16 healthy controls.

Since ACTH — a hormone regulating the levels of cortisol — also may impact immune cells, researchers enrolled patients with both ACTH-dependent and ACTH-independent Cushing’s. None had disease caused by cortisol-altering drugs.

The team discovered that the total number of white blood cells was increased among Cushing’s patients. More specifically, certain types of immune cells called monocytes and neutrophils were increased. The increase was not dependent on ACTH.

In contrast, lymphocytes, such as B- and T-cells, were found in normal numbers.

Because these factors are tightly linked to metabolic disease, this finding suggests that increased levels of cortisol may drive metabolic and cardiovascular disease through changes in immune cell numbers and behavior.

The research team admitted that their study had limitations — the number of included patients was small and the group was composed only of women. Nonetheless, the findings open the door for more research into the role of immune cells in driving metabolic and cardiovascular disease in Cushing’s syndrome. 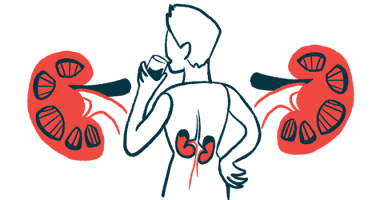