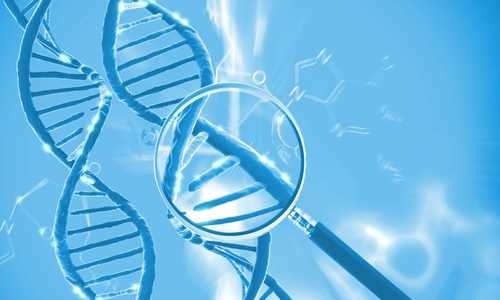 Cushing’s disease patients whose pituitary tumors carry a USP8 mutation are more likely to achieve remission after surgery than those without such mutations, a retrospective Italian study found.

The study, “Clinical characteristics and surgical outcome in USP8-mutated human adrenocorticotropic hormone-secreting pituitary adenomas,” was published in the journal Endocrine.

Cushing’s disease is a condition where a tumor on the pituitary gland produces too much of the adrenocorticotropin hormone (ACTH), which will act on the adrenal gland to make cortisol in excess.

While rare, the condition can be life-threatening, as excess cortisol is linked to an increased risk of infections and cardiovascular complications, along with an increased likelihood of obesity and diabetes.

The reasons some patients develop these pituitary adenomas are far from understood, but researchers recently found that some of these patients show mutations in the USP8 gene. These appear to increase EGFR signaling which, in turn, has a stimulatory role for the synthesis of ACTH.

But more than influencing the development of Cushing’s disease, researchers believe the USP8 mutations may also determine response to treatment.

The study included 92 patients with ACTH-secreting pituitary tumors who received surgery at the neurosurgical department of the Istituto Scientifico San Raffaele in Milan between 1996 and 2016.

“All surgical procedures were performed by the same experienced neurosurgeon, which is one of the most important factors affecting early and late surgical outcome of pituitary adenomas,” researchers explained.

Among study participants, 22 (23.9%) had mutations in the USP8 gene, but these mutations were significantly more common in women than in men — 28.7% vs. 5.3%. Researchers think estrogens — a female sex hormone — may have a role in the development of mutated pituitary tumors.

Overall, the two groups had similar tumor size and aggressiveness and similar ACTH and cortisol levels before surgery. But among those with microadenomas — tumors smaller then 10 mm in diameter — USP8-mutated patients had significantly larger tumor diameters.

But remission rates were significantly higher among those with USP8 mutations — 100% vs. 75.7%. Also, USP8 mutation carriers required steroid replacement therapy for shorter periods, despite ACTH and cortisol levels being similar among the two groups after surgery.

Among patients who entered remission, 12 (16%) saw their disease return. While more patients with USP8 mutations experienced a recurrence — 22.7% vs. 13.2% — this difference was not significant. After five years, 73.8% of UPS8-mutated patients remained alive and recurrence-free, which researchers consider comparable to the 88.5% seen in patients without the mutation.

Researchers also tested sex, age at surgery, and post-surgical ACTH and cortisol levels as possible predictors of disease recurrence, but none of these factors was associated with this outcome.

“ACTH-secreting pituitary adenomas carrying somatic USP8 mutations are associated with a greater likelihood of surgical remission in patients operated on by a single neurosurgeon. Recurrence rates are not related with USP8-variant status,” researchers concluded.